We have over 1,600 alumni who are truly making an impact in our community and around the world as they serve as salt and light in today's culture through their chosen professions. It is a always a joy and inspiration to see them come home either for the Homecoming game, during their class reunions, or just stopping by to stay in touch with their Alma Mater.  We are privileged to be able to teach their children and even grandchildren, as they send them to ACS for the quality, Christian-based education they received in a previous generation.

Keeping in contact and continuing to foster relationships with our alumni through social media, email, and bi-yearly mail communication is a continued and rewarding effort.

We would love for all alumni of Athens Christian School to stay in touch and get the latest on Homecoming, 50th year, alumni happenings, and more.  Click below to sign up.

Sign Up Now
For Email Newsletters you can trust. 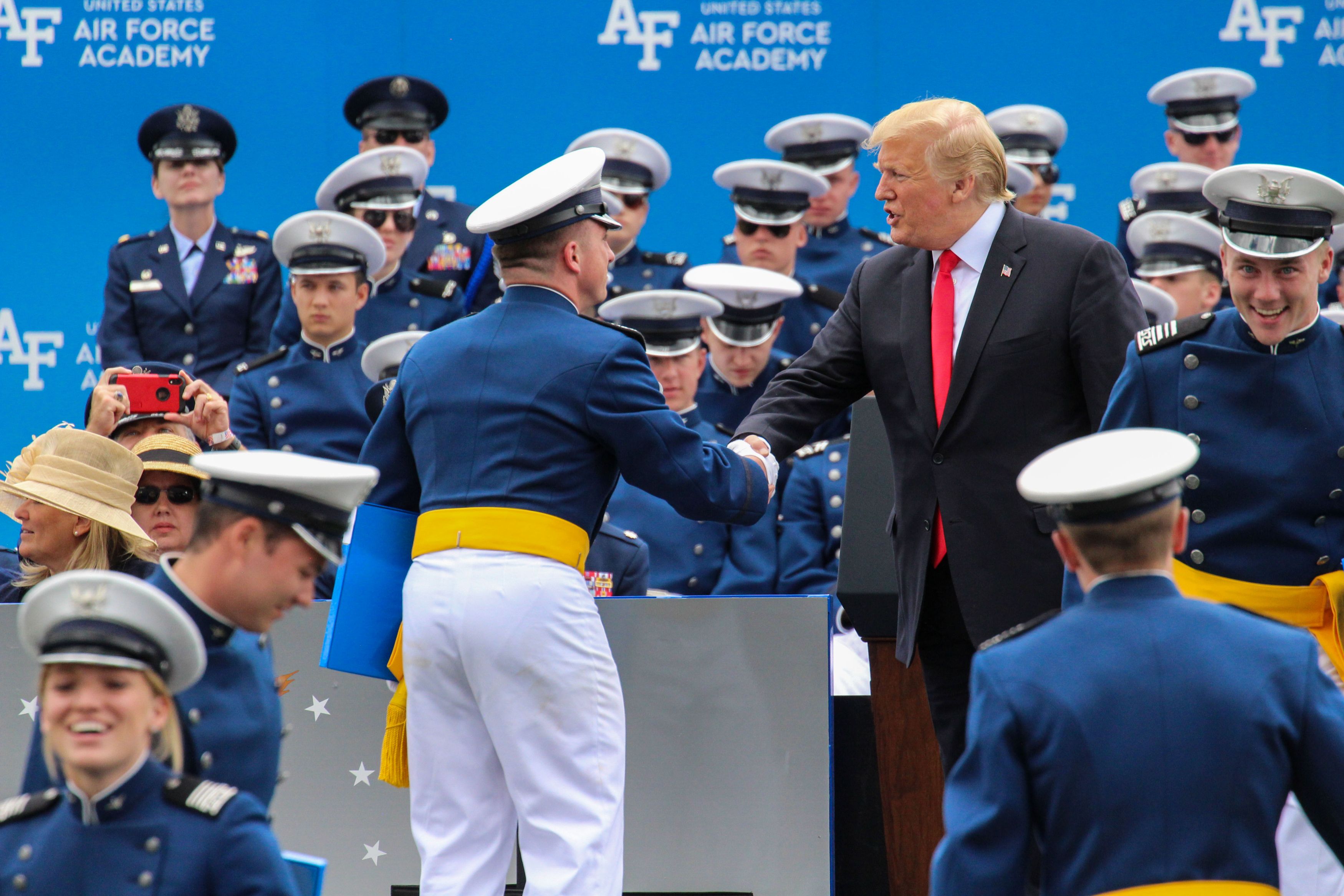 ACS alumni, Brett Herring,  began a four year journey one month after his graduation from ACS on June 25, 2015 also known as In-processing day or I-Day.  After six weeks of basic training (BCT) on the grounds of the United States Air Force Academy (USAFA), he was accepted into the USAFA cadet wing as a member of Cadet Squadron 24.  He spent two years as a 'Hard-Core' 24.  After his sophomore year, he committed to serve in the USAF and continued on his path of military training; physical training; and academic training as a military history major. USAFA ranks all cadets according to these three  areas.  A daily schedule involves rising at 6am to attend "minutes" in which the squadron is briefed and Doolies, the freshman, are quizzed about USAF history and procedures.  Cadets attend academic courses until the early afternoon.  The late afternoon time slots are reserved for team practices and intramural sports or conditioning.  Evenings are study time and help sessions and special event speakers.  Each day is a study in time management and endurance.  Late evenings are often upper-class leadership meetings and planning as the cadets of USAFA are led by their peers with the help of an AOC (usually a Colonel) and a Technical Sergeant.  Summers are spent in military training.  Brett earned his jump wings in the summer of 2016 by successfully completing five unassisted jumps from a USAFA Twin Otter.  USAFA cadets jump without assistance...no tandem jumps..no attached parachute pull..no tower.  Brett spent a year in the Drum and Bugle core..an all brass volunteer group; spent time at Lewis- McCord AFB ; traveled to Poland as a part of a select, intensive historical study group visiting the Holocaust sites found in Eastern Europe; traveled to France with a USAFA group as representatives of the USA for the International observance of the 100th anniversary of WW1, and trained many cadets on the firing lines during their second year CATM training.   He served as his squadron's reconditioning officer for two years and his squadron's training officer for the fall semester of his senior year.    Academically, Brett was on the Dean's list for all four years.

Brett was commissioned as a 2nd Lt. on May 29, 2019 with his family in attendance.  ACS teacher, Mrs. Rhonda Herring , his mother, and his father,  Dr. Chris Herring, and his grandmother, Mrs. Mary Jones, pinned on his lieutenant boards. Afterwards, grandfather, Jarrell Jones, retired National Guardsman (1973-1994),  rendered his first salute.  The official graduation of the Neil Armstrong Class of 2019 occurred on May 30, 2019 at Falcon Stadium on the grounds of USAFA.  President, Donald J. Trump, 45th President of the United States of America, spoke to the cadets and also saluted  and shook the hand of every graduate.  2nd Lt. Brett Herring begins pilot training at Columbus AFB in Columbus, MS in August.  We praise God for the strength and direction he has given to Brett.  As a soldier of the Cross and now of the USAF, he covets your prayers as he begins his service to people of the United States of America upholding the Constitution of the United States of America.