Steve Cummings is a 1981 graduate of Athens Christian School, and the youngest son of ACS Founders, Drs. Buhl and Lois Cummings.  In 1984, Mr. Cummings graduated with a Bachelor's degree in Social Studies Education from Bob Jones University, and in 1987, obtained his Juris Doctor degree from The University of Georgia School of Law.  Following a two-year, federal judicial clerkship, Mr. Cummings practiced law in Atlanta and Athens from 1989 until July, 2008, and served as Legal Counsel for the American Association of Christian Schools.  In July of 2008, Mr. Cummings became the second Head of School in the history of Athens Christian School.   Mr. Cummings is married to Michelle Hebert Cummings from Kenner, Louisiana, and has four sons, Joshua, Elijah, Titus, and Seth. 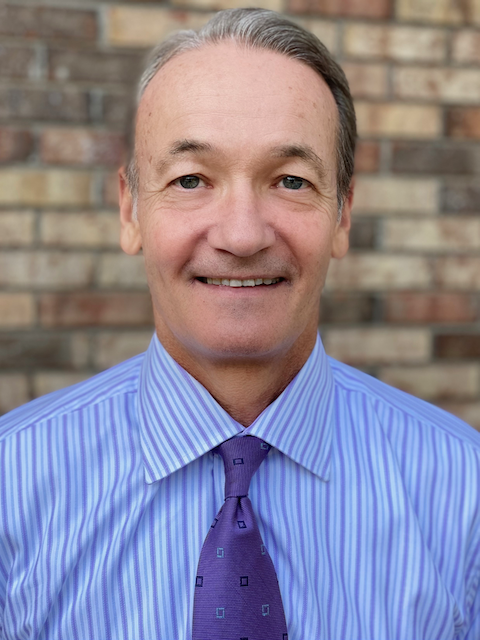 Steve Cummings
Head of School
Degrees
Back To Top

09/30/22
POLICE STATE - On September 23, at 7:05 am, the FBI sent 15 vehicles and 25 armed officers to raid the home of Mark Houck, a Catholic pro-life activist.  Houck's crime?  He allegedly shoved an abortion clinic escort who was verbally abusing Houck's 12-year old son outside an abortion clinc.

After the city police declined to bring charges, the alleged victim filed a criminal complaint.  The case was dismissed, yet days later, Houck received a "target letter" stating that the US Attorney was looking into the matter.  When Houck reached out to the US Attorney, he received no response.  Instead, the "response" came in the form of a dawn raid at his home where he lives with his wife and 7 children.

09/23/22
THE QUEEN'S FAITH - One of the constitutional titles held by Queen Elizabeth II was Supreme Governor of the Church of England.  But those close to her knew that the Queen's faith went far beyond protocol and duty.

During those months she spent in Scotland each year, the Queen attended the small Presbyterian church of Crathie Kirk.  Her domestic chaplain said that the Queen only missed 2 Sunday services during his 15 years, other than during the pandemic.

The Queen had a formidable knowledge of hymns, psalms, and scripture.  Beginning in 2000, she increasingly spoke openly of her faith through her Christmas broadcasts.

In addition to serving her Country, the Queen served her Heavenly Father.  Now, she is with Him.

09/16/22…THE SURVIVOR TREE  - This past Sunday we honored the 2,977 victims from 90 nations who died on 9/11/01. Soon after 9/11, workers found a pear tree that had been reduced to an 8-foot tall stump in the wreckage at Ground Zero. The tree was nursed back to health and grew to be 30 feet tall. It has been named the "Survivor Tree," and now stands in the 9/11 Memorial in New York. This special tree represents the story of survival and resilience that is so important to the history of 9/11.

As we recall these events, let's thank God that He continues to sustain our Country. And may we never forget that, “Blessed is the nation whose God is the Lord.”

9/09/22  WHY WE ARE HERE - In addition to preparing students for college, we are preparing them for life.  While academic instruction and extra-curricular activities are critical, spiritual instruction is at the core of what we do.

We have over 125 new students this year.  Here is a brief note we got from one of our grandparents who had a career in education.

"I want you to know how thankful I am for your school.  From my conversations with [my grandchildren], things are going very well.  [My granddaughter] even had someone to walk her to her classes, and several students have been friendly and accepting of her.  Thank you for having an environment that will aid in her coming back to the Lord."

09/02/22
RESPONDING TO ANGER - The Bible is full of great advice for how we should live.  And many times, the advice we find in Scripture is contrary to what we are told by our culture.

How should we respond when we are met with anger?  Many times we become angry ourselves. Instead of defusing a situation, we pour fuel on the fire.

But Proverbs 15:1 says this:  "A soft answer turns away wrath."  A "soft" answer refers not only to the tone, but also to the content.  Heated exchanges can escalate into harmful situations where no one wins.  The next time you are met with anger, try a different approach.  Try a gracious response.  You may be surprised at the result.

08/26/22
ACS HOSTS NE GA XC CHAMPIONSHIPS - This past Saturday, ACS hosted the Northeast Georgia Cross Country Championships, which has become one of the largest XC meets in the State.  Over 1000 runners competed in 8 different middle school and high school races.

Congratulations to the ACS Boys team, as they won the Varsity race for A, AA, and AAA schools.  Both the Middle School Boys and the Middle School Girls also won their respective races.  First place finishers for the Eagles included Nathan Smith (Varsity), McKinley Smith (JV Girls), and Travon Roberson (MS Boys).

Great job by all the ACS XC athletes and coaches!  And, thanks to all the ACS volunteers who made this special event possible!

08/19/22
STARTING WITH A RETREAT!  We are excited to start the 2022-23 school year with spiritual retreats for our middle school and high school students.  This week we are taking the students and faculty to a local camp where they will enjoy a variety of games and activities throughout the day, and will be encouraged to build their relationship with God in the evening sessions.

These retreats give our students the chance to have fun together and bond in community.  They also provide unique opportunities for those who will be taking on leadership roles this year.  It's a great way to start the year!

If you want an education that provides great academics with a Christian worldview, we invite you to check out ACS.

08/05/22
PRICELESS - Perhaps you remember the MasterCard commercials from many years ago that advertised items you could purchase with a credit card, and when you purchased those items, you received something that was "priceless," e.g., being able to spend quality time with your kids.  The last thing in the commercial was always something that did not carry a price tag.

An excellent education in a Christian environment is one of those things that is "priceless."  You cannot place a value on the lasting impact that this type of education will have on your children.

Invest in your child's future by giving them the best educational opportunity available.  Your investment now will pay priceless dividends in the future.

07/29/22
ACS GRADUATE SPOTLIGHT - Kendra Hansey is a 2012 graduate of ACS.  She had a stellar high school career, finishing with a 3.98 GPA, serving as an FFA Officer, and anchoring our first Mock Trial Team in 2011.  As an undergrad at UGA, she was involved in a number of journalistic endeavors, including work with the US Olympic Committee.

Last Fall, Kendra was accepted to The UGA Law School.  During her first year, she won the Richard B. Russell Moot Court Competition and was named Best Oralist.  At the end of her first year, she was selected to the prestigious UGA Law Review, an honor reserved for a very select group.

AWESOME JOB, KENDRA!  We are so proud of you!

07/22/22
OVERREACH - The Biden Administration's Education Department recently issued sweeping new Title IX "guidance," which attempted to push a transgender agenda on every public school system that accepts federal funds.  The consequence for not following the "guidance"?  Lose your federal funding.
Among other mandates, the "guidance" forced public schools to allow transgender male students to use girls' bathrooms and locker rooms if the male student "identified" as a female.
Fortunately, a federal judge in Tennessee put a halt on the new "guidance."  The judge properly found that the new "guidance" infringed on the rights of States to set their own policies on these issues.  The Title IX guidance was the very definition of federal overreach.  Seems like we see that a lot these days.
07/15/22
INVEST IN YOUR CHILD - Are you wondering whether you should send your child back to public school this year?  Are you concerned about the transgender push in elementary schools or attempts to rewrite our history using CRT?
Once school starts, how much time are you able to spend with your children?  On a good day, we may be able to spend 4 to 5 hours with them, but so much of their day is spent at school.
The school you choose for your child will have a big impact on his or her life.  If you are a Believer, you should think about choosing a school that will best support your child's spiritual, emotional, and academic needs.  You should think about ACS.
07/08/22
CELEBRATING OUR LIBERTIES!  If the pandemic taught us anything, it taught us how quickly we can lose our liberties.  The freedom to leave our homes.  The freedom to worship with others, in person.  The freedom to speak - if our speech conflicted with "the science."
This week, we had the great privilege to celebrate our freedoms.  To remember that the freedoms of speech and the free exercise of religion are so important that they were secured to us through The Bill of Rights.
We will lose the essence of what we enjoy in America if we lose these freedoms.  Many people would like to silence Christians.  We must always oppose those who would attempt to silence us, wherever and whenever that may occur.
07/01/22
"ACT OF EXTREMISM" - The Supreme Court's decision to overturn Roe v. Wade has been labeled an "act of extremism."  The truth is, what the Supreme Court did in the Dobbs case is the exact opposite of "extremism."
As Justice Alito noted, for the first 185 years after the adoption of the Constitution, each State was permitted to deal with the abortion issue in accordance with the views of its citizens.  Then, in 1973, the Supreme Court suddenly decided that abortion was a constitutionally protected right - which it never was.  The Roe decision itself was the very definition of extremism.
The Dobbs ruling confirms that the Supreme Court cannot "make up" a constitutional right that does not exist.  That's not extreme; it's 100% rational.
06/24/22
ANNIVERSARY MONTH - Happy Anniversary to all of you who are celebrating anniversaries this month!